Rubels (see picture under saddle below) won the World Five Year old young dressage horse championship in 2001, and came back in 2002 to win the World six year old young dressage horse championship! According to his rider/trainer, Hans Peter Mindenhout: “The owners bought him when he was two and a half, and I started riding him when he was three, I always really liked him, he was better every time you rode him. He was really talented and always tried for you. His walk and canter was really good when he was a young horse and with his trot it is so easy because he always wants to work.

The dam of Rubels, is the ‘Ster’ mare, Klarinettels (by Amethist) who competed at Z2 dressage and represents family 121. Her sire, Amethist is also sire of stallions, Hitchcock (out of a mare by Le Faquin xx) and Magellan (dam sire, Legaat). Rubels has only been beaten once so far in his career – when in the first go round on this year’s six year old championship he was bested by Weltissimo (Welt Hit II /Barsoi xx) but he emerged the victor in the final to keep his record intact. He won the PAVO Cup in 2001. He won the Future Stallion title at the Zwolle Stallion Show in 2001. He was the champion of the NRPS Performance Test 1999/2000 and is also registered with the KWPN.

Dam sire of Rainbow is world famous TCN Partout:
TCN Partout has, to date, a very worthy career behind him as both a sport horse and as a stud stallion. The 18 year-old stallion has, together with Anky, performed successfully in all that he could perform in. TCN Partout was the Reserve horse for the Olympic Games in Atlanta behind Bonfire. With Anky in the saddle he achieved an unbelievable amount of victories in the Light Tour and was the Dutch Light Tour Champion. He was Internationally successful at Grand Prix Level and his innumerable wins include: Paris, ‘s-Hertogenbosch, Amsterdam, Berlin, Bremen, Stuttgart and Mechelen.>>SOLD<< 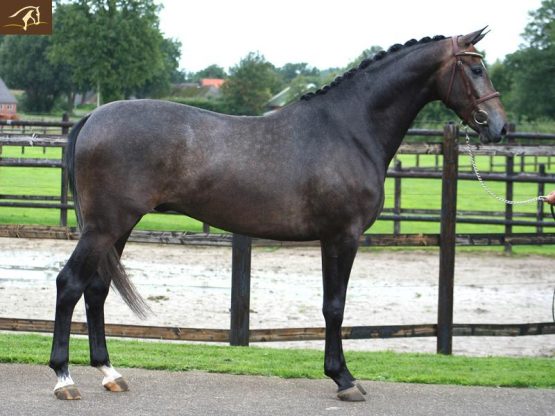 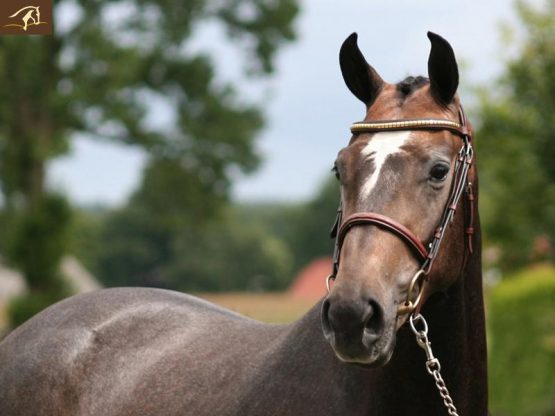 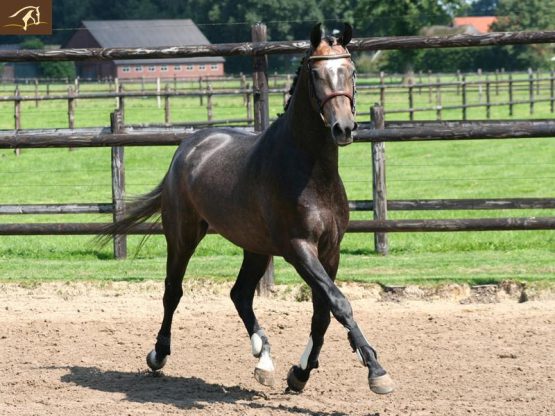